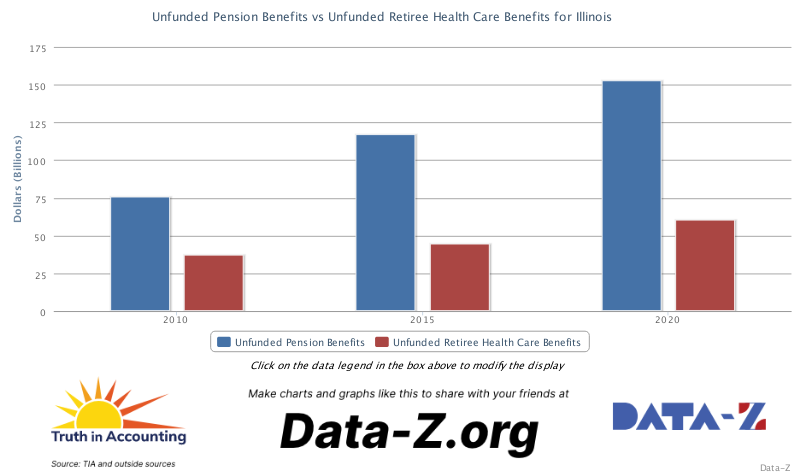 This week's chart is based on the first story in this email, Sheila's op-ed on the importance of citizens being informed. In 1994, Illinois Gov. Jim Edgar led a bipartisan pension bill to solve the state’s $15 billion pension deficit. The plan was supposed to resolve the deficit within 50 years. The problem is the plan doesn’t work. As indicated by the chart below, using this plan the state's pension debt has more than doubled since 2010 to $156 billion as of June 30, 2020. The state’s latest bond offering document emphasizes, “The State’s contributions to the Retirement Systems, while in conformity with State law, have been less than the contributions necessary to fully fund the Retirements Systems as calculated by the actuaries of the Retirement Systems.” Read the full story here.  READ MORE

"For context, as of approximately 2015, governments must report their pension obligations on one of their required financial statements, known as the "Statement of Net Position."   READ MORE 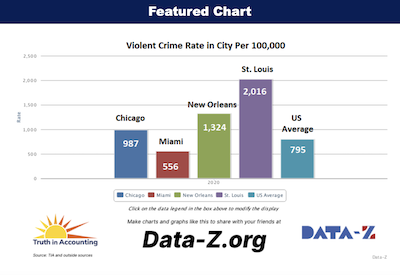 Illinois’ richest man, Ken Griffin, has recently announced that he will be moving his investment firm Citadel from Chicago to Miami due to the high crime rates. It’s hard to blame him as Chicago’s crime rates have remained well above the national average for some time. However, Chicago is not the only major city that may be contributing to its state's loss of taxpayers and their wealth , as similar situations can be seen in Baltimore, New Orleans, and St. Louis and their respective states. 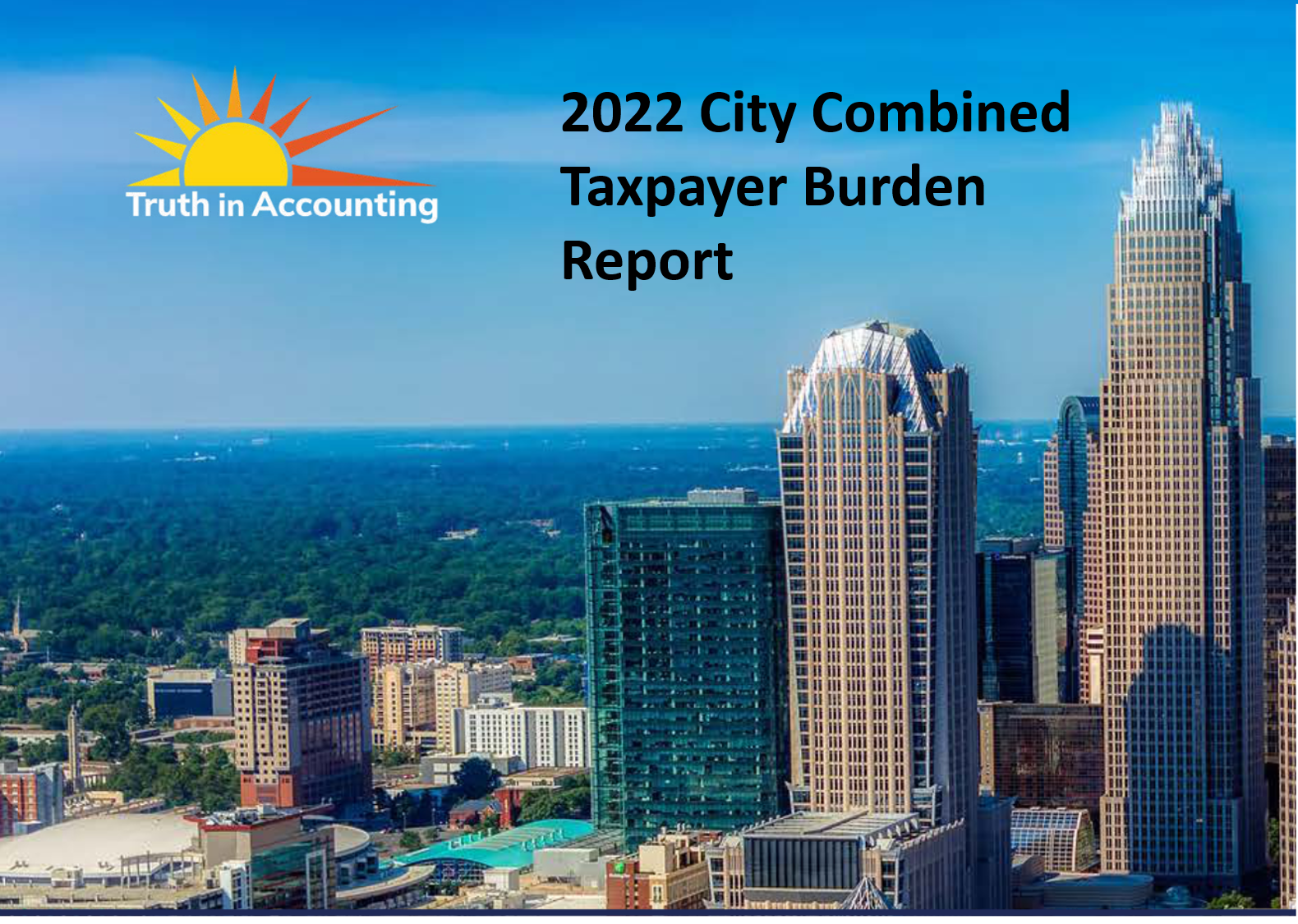 A more complete picture of the 10 most populous U.S. cities including their largest underlying government units. 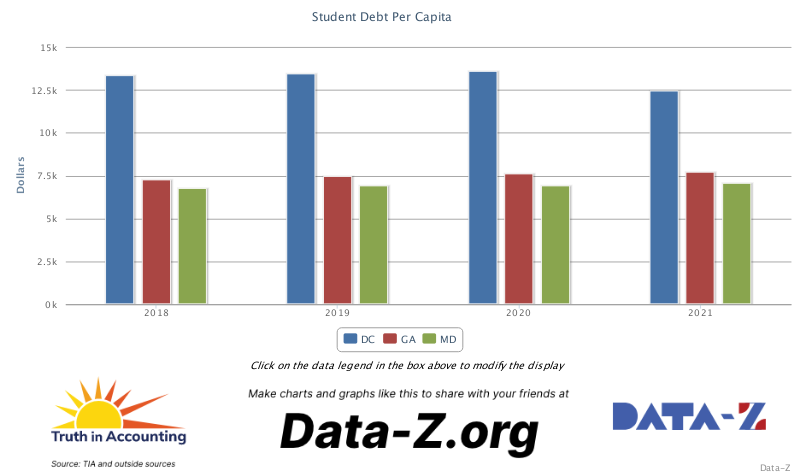 Why do you think The District of Columbia has the most Student Debt Per Capita?

Amber Saxon is a Communications and Marketing Consultant at Truth in Accounting.  READ MORE 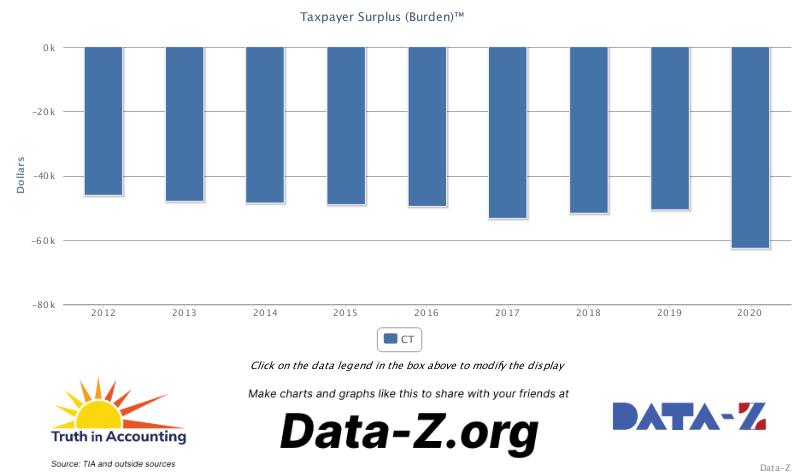 This chart displays Connecticut’s Taxpayer Burden™ over the past eight years. A Taxpayer Burden is the approximate dollar amount that would be required of each taxpayer in order to pay off all of a government's liabilities today. It is calculated by dividing the "money needed to pay bills" by the estimated number of taxpayers in the state or city.

Like a majority of states, Connecticut did not set themselves up to endure the pandemic. Without properly funding its pension and retiree health care promises and making better financial decisions, Connecticut’s Taxpayer Burden will continue to increase.  READ MORE 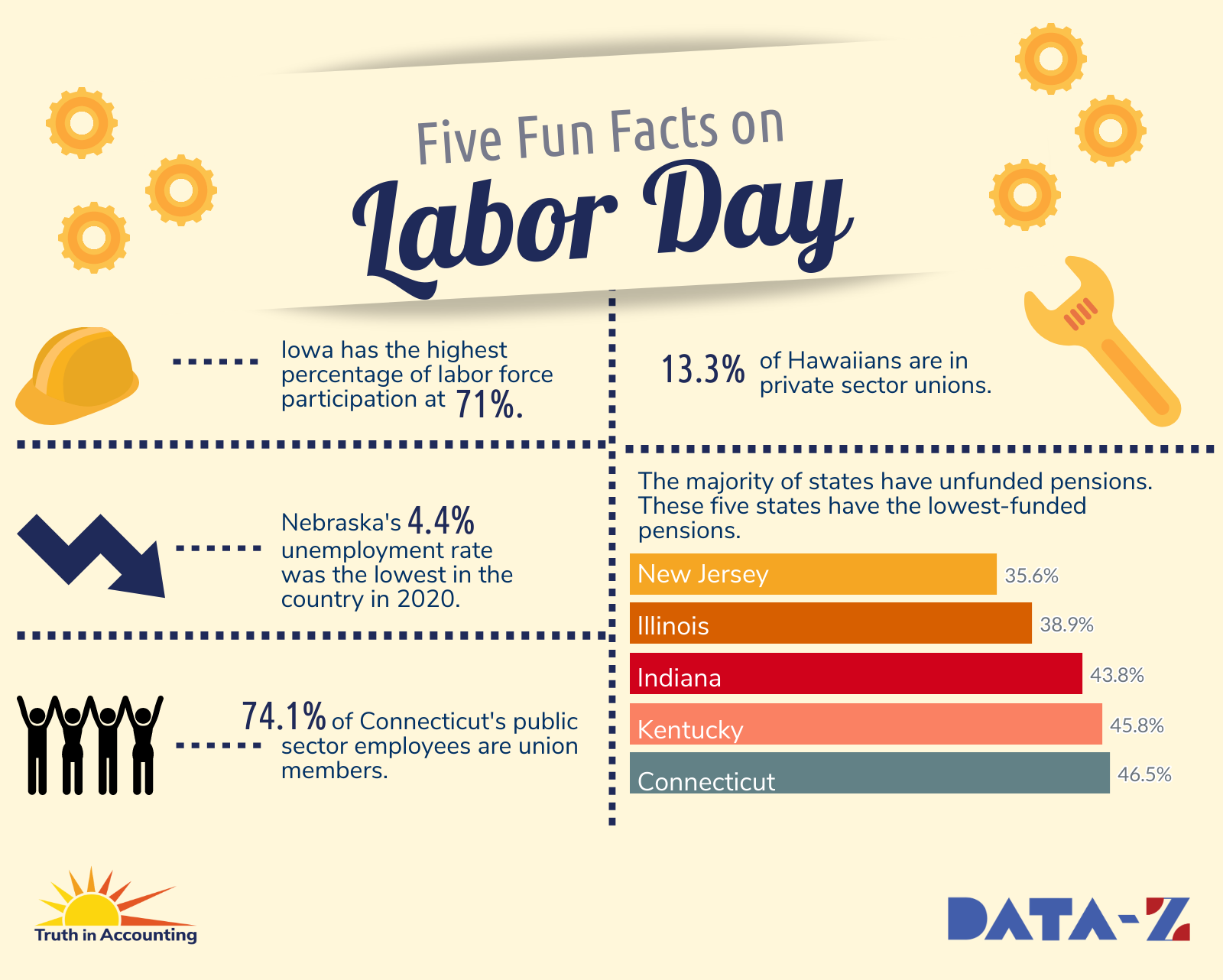 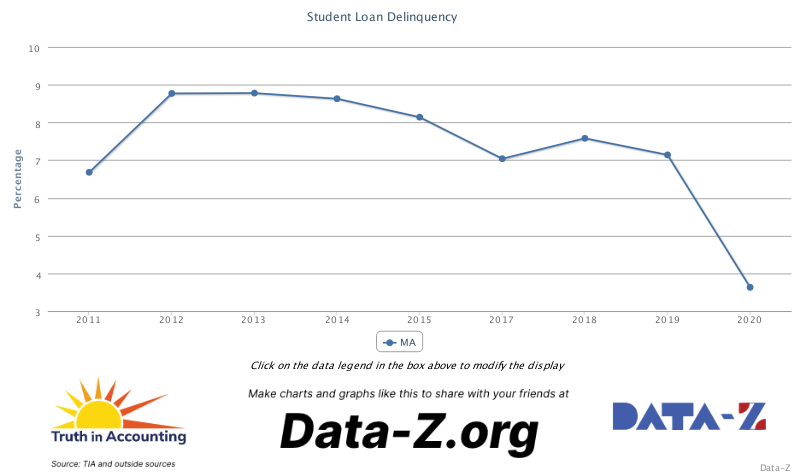 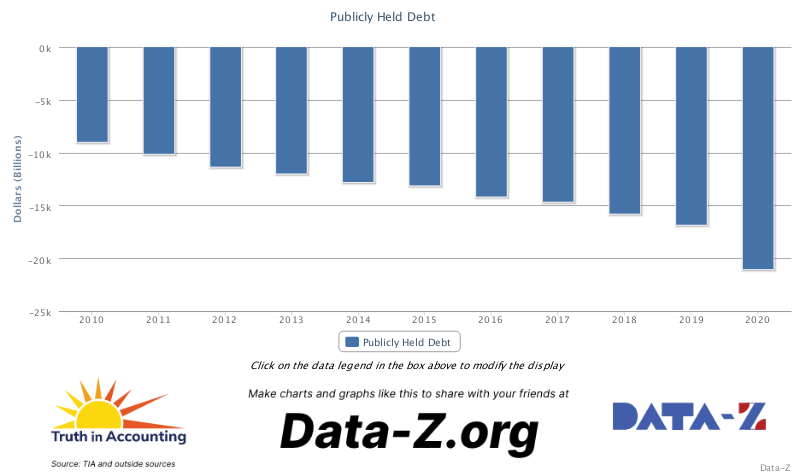 The publicly held debt has increased each year since 2010. The Debt Held by the Public, or public debt, is all federal debt held by individuals, corporations, state or local governments, foreign governments and other entities outside the U.S. Government, less Federal Financing Bank securities. The federal government sells securities, such as bonds, to raise cash to fund its activities. These securities become publicly held debt.   READ MORE 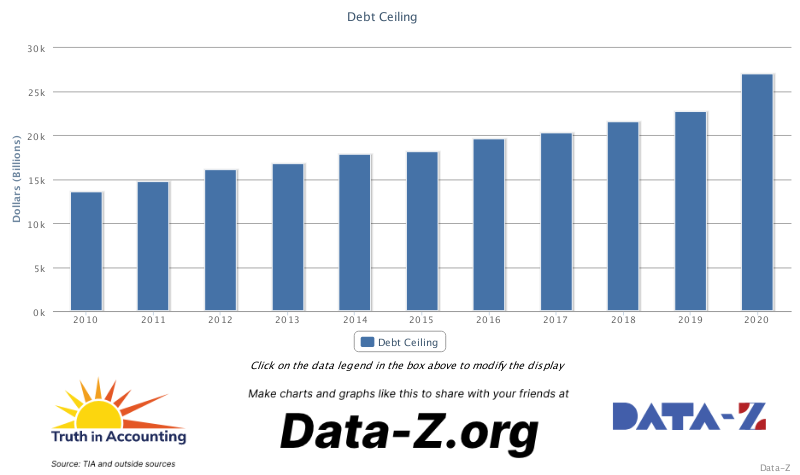 Federal debt ceiling over the past 10 years

Let’s break this down to a personal level to help explain what increasing the debt ceiling means. Let’s say when George reaches his credit card limit he takes money out of his children’s college savings accounts to pay for his expenses. Once the credit card company increases his limit, he takes out a cash advance and pays back his children’s college savings accounts.  As a result, his credit card balance significantly increases.  READ MORE