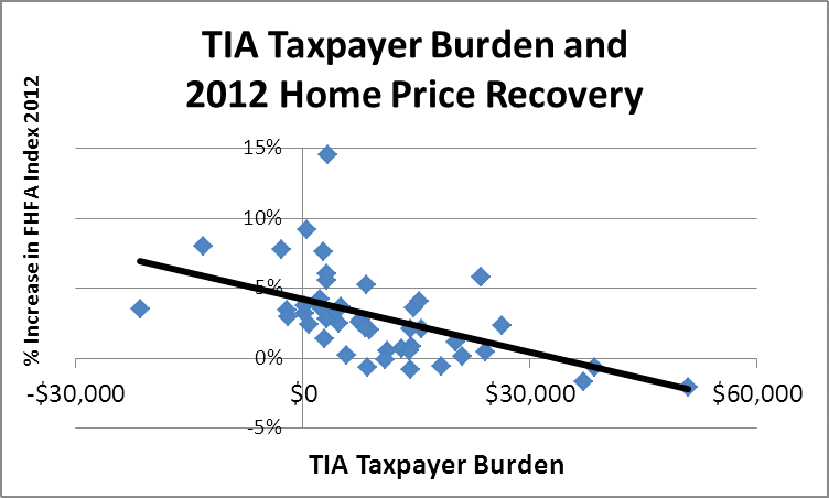 Home prices tumbled throughout the nation during the recent Great Recession; but last year, the 50 state average for the Federal Housing Finance Agency (FHFA) house price index posted its first increase in the past five years.

The degree to which home prices recovered in 2012 varied significantly around the nation.  One factor at work appears to be state government financial conditions.  Consistent with evidence of higher outmigration in fiscally challenged states, the FHFA house price index posted significantly lower changes, or even declines in 2012, in states with higher Truth in Accounting (TIA) estimates for state taxpayer burdens.

There were seven states with continued declines in house prices in 2012, according to this survey – Connecticut, Delaware, Illinois, Maine, New Hampshire, New Jersey, and Rhode Island.  The average TIA Taxpayer Burden estimate for these seven states comes to roughly $25,000, compared to an average of roughly $7,200 for the other 41 of the 48 continental United States.