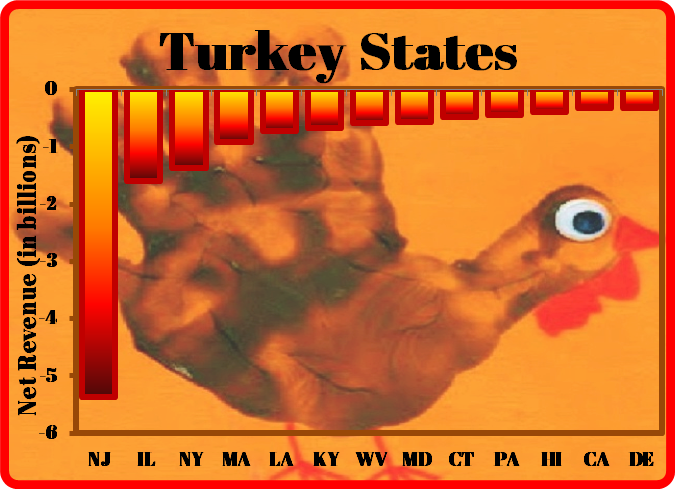 Turkeys may be tasty on the Thanksgiving table, but they aren’t the smartest bird in the tree.  These “Turkey States” couldn’t keep spending within income for fiscal year 2012, despite the recovering economy. At Truth in Accounting, we calculate ‘Net Revenue’ all income vs. all expenses, commonly reported by businesses but not governments. Thirteen states spent more than they collected in 2012: New Jersey, Illinois, New York, Massachusetts, Louisiana, Kentucky, West Virginia, Maryland, Connecticut, Pennsylvania, Hawaii, California and Delaware. This means they either had to borrow money to pay bills, or rack up more debt for future taxpayers.