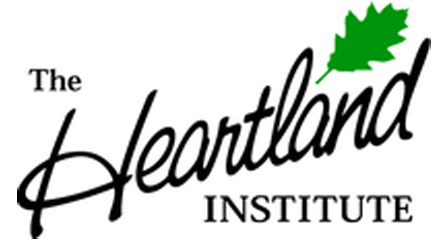 The Heartland Institute was founded in Chicago in 1984. Its mission is to discover, develop, and promote free-market solutions to social and economic problems. Recently Truth in Accounting and the Heartland Institute jointly published a detailed study of the 518 taxing districts within Cook County.

Policy Advisors: Approximately 150 academics and professional economists participate in its peer review process, and more than 200 elected officials serve on its Legislative Forum.

Communications: We appeared in print and on television or radio nearly 1,400 times in 2010. More than one million people visited our Web sites in the last 12 months.  Our Facebook page registers nearly 53,000 fans and approximately 300,0000 post views every week.

Government Relations: Our government relations staff made more than one million contacts with elected officials in 2010, 14,715 of those contacts were one-on-one either in person, by phone, or by one-to-one emails.

Funding: Approximately 1,800 supporters support an annual budget of $6 million. Heartland does not accept government funding. Contributions are tax-deductible under Section 501(c)(3) of the Internal Revenue Code.

Better Government Association- The BGA works for integrity, transparency, and accountability in government by exposing corruption and inefficiency; identifying and advocating effective public policy; and engaging and mobilizing the electorate to achieve authentic and responsible reform. Read more...

If you would like to become a partner with Data-Z, please email info@truthinaccounting.org.