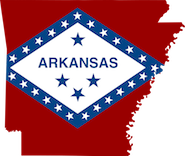 By Jeff Stein (Washington Post), includes “Senior government officials, including some in the White House, privately expressed concerns that a nearly $30 billion bailout for farmers needed stronger legal backing, according to multiple people who participated in the planning. The bailout was created by President Donald Trump's administration to try to calm farmers who complained they were being hurt by the trade war with China.”