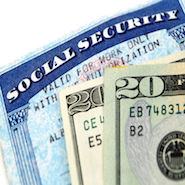 “… When the bill was approved, the nonpartisan Congressional Budget Office estimated the tax cut added at least $1.5 trillion to the deficit over the next 10 years. This is where the website's "truth-telling" starts to go off the rails. First, the article attacks Heitkamp for suggesting the tax bill may affect Social Security. 'Claims of cuts to Social Security are ludicrous. There is nothing in the bill that cuts Social Security,' the article says. That's technically correct, but it's also misdirection. Cramer himself has suggested that the rising national debt in the wake of the tax bill will require lawmakers to tackle entitlements such as Social Security and Medicare.”